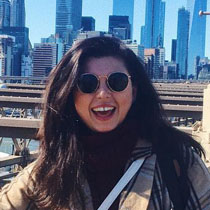 Talor got a taste for NYC when she visited her friend on the Mountbatten Program. Here she tells us what it’s really like to live like a New Yorker for the year.

My friend did the Mountbatten Program about two years ago and I came out to visit her. I was unbelievably jealous at the amount of fun she was having, the fact that she lived in New York City and getting incredible professional experience at the same time. Living in New York was a huge ambition of mine, so applying to the Program was a no-brainer.

When I received the call from Mountbatten saying I had been placed I was literally jumping up and down and I called my Mum to tell her and she started crying.

Knowing that you’re going to New York for the year is an exhilarating feeling, because it doesn’t quite feel real – I don’t think it ever does.

I’m placed with Thomson Reuters within the Proposition Marketing team, specifically in the Wealth Management area. As my placement comes to an end, I’ve obtained some great exposure and experience. My year with Thomson Reuters has given me access to the full marketing mix including campaign management, content writing, collateral creation, website development, social media and channel plans. I’ve also had the opportunity to work with creative agencies and assist with global events.

I’ve learnt so much in my placement, including:

I’ve also learnt a lot about myself.

Networking is a norm here and upon arriving in New York it was something that made me nervous. You are completely thrown in the deep end in New York and it appears it is not so scary after all.

You get no privacy here, which I thought I would hate but actually you do genuinely get used to it. Everyone lives together and yes, you share rooms. Living in close proximity to everyone actually makes life so much easier if you want to pop by someone’s for dinner, to borrow their clothes or to watch TV. My roommate became my best friend, which I’m sure doesn’t happen with everybody but I feel lucky I was placed with her that’s for sure. It’s nice to come home, have a laugh and moan about your day. I’m not used to it, having lived by myself before, but I love it.

I also used to love sitting at home all day doing nothing, being lazy is incredibly easy but here you just can’t be. In New York you have to get up and go and make the most of every minute – a year goes by very quickly.

My #MountbattenLife has been busy, from working, traveling, socializing and making the most of New York. There is genuinely not a second wasted here.

Speaking of which, here are my recommendations

Travel. It’s so easy to go anywhere on the East coast while you are here. I’ve managed to go to Boston, Washington DC, Miami and New Orleans and I’m about to embark on a West coast trip when the program ends.

Watch the sunset over the city from DUMBO. Preferably at the One Hotel rooftop.

Eat your way through the city, research and go! And please, for the love of all things tasty, avoid chain restaurants. Follow the Instagram’s with the most followers, I promise you, everywhere they have sent me has never disappointed.

My advice for those considering the Mountbatten Program

This year has honestly been the best and if I could go back and do it again I would. It’s hard work but it’s also a lot of fun and you meet the most incredible people along the way, just make sure to utilize your time. 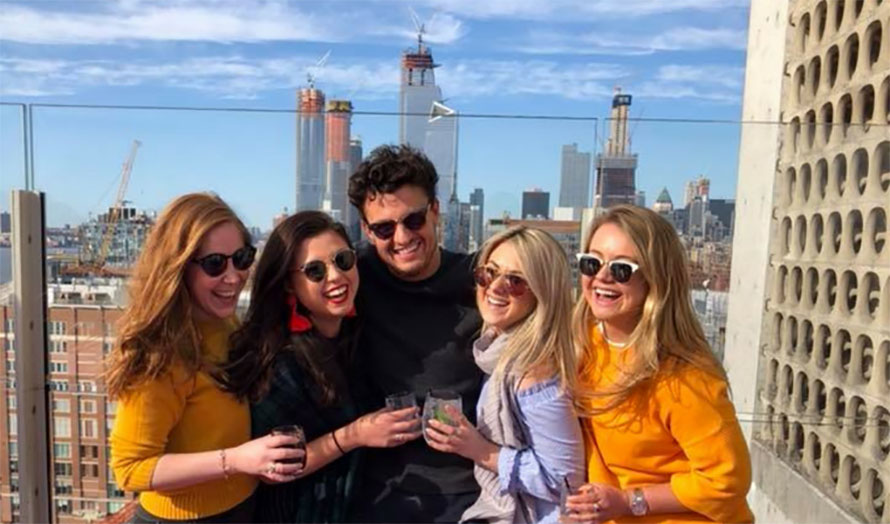