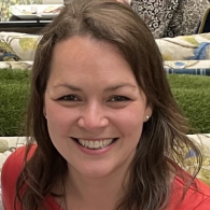 Current Role: Multimedia Producer at The National Museum of Scotland

What and where did you study before your Mountbatten internship?
I studied Broadcast Journalism at Nottingham Trent University from September 2004 – July 2007

What made you apply for the Mountbatten program?
I had known about the Montbatten Program since I was about 16 years old, when some daughters of my Mum’s friend joined the program. It sounded so amazing, to live and work in New York – a place I had never been to, but had always wanted to go. When I was leaving University everyone I knew was planning to go travelling, to Australia, Thailand etc, but I wanted to do something different, something that I knew I couldn’t do later in life and as I had been wanting to go since 16, I knew I needed to apply.

Describe your sponsor company and your role within it.
My sponsor company was The Now Corporation, a post-production company specialising, at the time, in advertisements for tv, music videos, charitable videos etc and my role was receptionist and assistant to the four founders of the company and an editor. I absolutely loved this role and learnt a lot! I was able to watch how edits were put together in ‘the real world’ outside of University, and able to learn how a project came together from an idea to the final piece.

What was the highlight/most memorable moment of your working experience during this year?
My year with Mountbatten was over 13 years ago – how can it be that long ago! – but it still feels as if it was yesterday. It’s hard to pick out one memorable moment or highlight of my work experience, but I think it would be appearing in a television advertisement for a charity, wanting to highlight how people survive on minimum wage in America. Granted I was posing as a waitress, but it still was an important piece and something I enjoyed being a part of.

What was the social highlight/most memorable moment during this year?
Wow, where to begin! With the girls I met in New York, we travelled to Texas, Boston, Chicago even Hawaii and in New York soaked up Manhattan life. Going to the Thanksgiving parade, walking through Central Park even watching the Super Bowl – though I’m still none the wiser to the rules of American Football even after all these years! But having just written all of those things down and reflecting on my year, I think the most memorable moment was standing in Rockefeller Centre as President Barack Obama won his first election. In that moment, there was such a feeling of change, hope and elation, I had tears in my eyes listening to his speech and knew I was standing in a moment in history. That moment will never leave me.

Please share a little wisdom/philosophy that you acquired during your internship
Try everything! Be brave! Have confidence in yourself. There will be moments during your year, you are homesick, wonder if you did the right thing going to New York, but those moments will pass and you won’t remember them at the end. Talk to the people you’re with, chances are they have also had the same feelings. It can sometimes feel like you are a long way from home, if something happens that you can’t control, learn from it. It will get better. You will change so much during the year. You will learn things about yourself and learn that you can overcome things you never thought possible. This is YOUR YEAR! Embrace all it has to offer, even the hard parts.

Would you have done anything differently, if you had your time over again?
I’m sure when I first came home, there probably were things I wished I had done, but I honestly can’t remember them now. The only thing I would say is GET UP & GO EXPLORE! Even if you feel tired after a full day of work and someone asks you to go to a new bar, or restaurant, anything! GO! You never know what you might miss.

What happened after completing the year – what did you do next?
While I was in New York the recession hit, so it was a little tricky to get a job when I came home. After a few months I got a job at a Creative Agency in London. I started as a Production Assistant and over the 11 years I was there, finished up as Head of Creative and Head of Production. I also set up a business of my own and continued to travel, which I love.

Where are you now in your working life and what do you do?
After nearly 12 years at my previous company, I moved up to Edinburgh two months ago and took up the role as Multimedia Producer at The National Museum of Scotland. In my role I film and edit the museums video content for online events, exhibitions, and social media. The range of films I create is amazing, from crawling around in wildlife areas filming insects, to creating a film on Vikings and being close to a 9th century sword. I never know what the week will hold.

Do you have any future plans that you would like to realise & what are they (career & social)?
I would like to continue travelling, the pandemic has scuppered some plans, but I would also love to see what else Edinburgh has in store for me.

What would people be surprised to learn about you?
I won a place to live in a house created by Cosmopolitan Magazine in London for 3 years.

Is there any other information that you would like to be included?
Encourage everyone to do something different and out of their comfort zone. You never know what might happen.