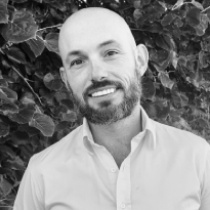 Describe your business and your role within it
I recently co-founded a climate tech venture, Nium www.wearenium.com with an engineer and a nanophysicist that decarbonises industrial processes. And we received investment from Carbon13-the venture builder for the climate emergency earlier this year.

How did you get into this line of business?
After my time at Citi with Mountbatten I landed a job at a political risk consultancy, working in the US, China, Russia and the Middle East. In 2013 I moved to Australia and founded a travel start-up, and I exited in 2018 coming back to the UK after a stint in Chile as part of a scale up. By then I had the entrepreneurial bug.

What else is in the pipeline?
Now I have temporarily moved to Cambridge with a group of 70 scientists, engineers and entrepreneurs working on ways to build hard tech solutions to help reduce the amount of Carbon dioxide in the atmosphere. I’ve met people who have designed prototype technology to reduce carbon output in offices, invented new cement types and wave technologies and even a battery recycling process using robotics. It’s fascinating.

Today climate and sustainability is the only game in town while start-ups are our best bet for concrete action to a better tomorrow. I also believe this is what comes next in terms of investment. Whatever we can do with the most measurable impact in this space is where the next stable of Unicorns will be.  As you can probably tell I’m all in. If anyone is interested in using what they know to put the brakes on climate change, they can connect with me on LinkedIn and find out more here: https://carbonthirteen.com/

What has been the proudest moment in your working life thus far?
My proudest moment probably came after my most catastrophic failure when I married the wrong person and lost my home, dogs and first company as a consequence, having to leave Australia in 2017 – It was difficult. But all is forgiven today, and I am proud that I started again with nothing. 5 years on I’ve built new companies helping people and the planet and even fell in love along the way.

Who are your role models?
Role models. That’s easy. Two Mountbatten legends who I lived with in New York: Dave Mantle who is doing well with his own startup Stashbee and Erin Malam who, if the world was on the right track, would be the boss of everything.

What has been your biggest mistake/learning experience?
Biggest learning experience was when I got lost in the Daintree rainforest in Far North Queensland and bust my ankles after the rocky time in 2017. It bought things into sharp focus. Ironically, as nature was eating me alive, I realised that I wanted to point the rest of my life to helping the planet in some way shape or form – that usually means limiting our harm. I realised that 99% of everything everyone (including your brain)  says and does doesn’t matter, and that last 1% is worth rooting out and clinging onto for dear life.

Any words of advice/wisdom would you impart to others thinking of setting up their own business?
Not really. It’s a temperament and mindset thing. You are either the type of person who will go all in on ‘what if’ or you are happy to perpetuate ‘what is’. A good test is how you feel deep down when you wake up for work. Do you prefer to be told what to do, or work it out for yourself?  If you feel that you are living a lie and not realising your potential playing corporate games to make wealthy (mostly) old (mostly) white (mostly) men richer, then it might be time to take the plunge and do something that means something to you. That could take years, and still fail, but at least you were alive.

If you are interested in climate/cleantech founding your own venture, Carbon13 – the venture builder for the climate emergency, you can connect with me on LinkedIn and find out more here. https://www.linkedin.com/newsletters/planet-work-6890218292355637248