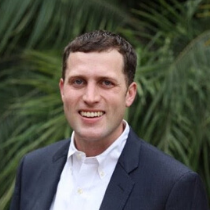 Mountbatten was an amazing opportunity and one that I recommend for everyone. The experience that I had working and studying in both London and Bangkok was second to none. Additionally, all the friends that I created have been truly amazing.

What and where did you study before your Mountbatten placement?
I studied Economics and minored in History at George Washington University.

What made you apply for the Mountbatten Program?
I discovered Mountbatten at a career fair and I believe the conversation went something like this:
Me: What is the Mountbatten Program?
Mountbatten: Are you interested in working in London?
Me: Yes, I am!
Mountbatten: What industry do you want to work in?
Me: I am focused on financial services, either banking or insurance.
Mountbatten: We work with many banks and financial services companies in London. Oh, we also are starting an MBA program that would be in both London and Bangkok. Is that something that would interest you?
Me: Absolutely! Where do I apply?!?

Describe your host company and your role within it.
I worked at UBS Investment Bank in a risk management team. Originally, my role was to focus on coordinating the bank’s Sarbanes-Oxley certification, but with the financial crisis in 2008 my role changed dramatically. I primarily managed the strategic offshoring initiative for several full-time employees. This involved me learning the roles of several employees, then developing the programs and facilitating the transition of those roles to an offshore contractor. The lessons that I learned in managing that program and dealing with the sensitive, emotional challenge of making someone’s role redundant, have stuck with me my entire career.

What was the highlight of your working experience during this year?
There were many highlights, but the top one was creating a competition for my team of three temporary staff to keep them engaged on some very boring data entry work. The competition involved seeing who could enter the most Sarbanes-Oxley (SOX) certification points in a day with various rewards. This competition seemed to do the trick because we were able to set up all SOX requirements one and a half weeks faster than the previous year.

What was the social highlight during this year?
Looking back the whole year seems like one highlight after another. From The Boat Race, to Guy Fawkes Day, to sporting events like an Arsenal game and the Premiership Rugby Championship, to the Sutherland Avenue Halloween Party, but the one that caped it all off was Thanksgiving. I didn’t know what Thanksgiving really meant until the Mountbatten Program where I ultimately spent two Thanksgivings abroad. The way that all my flatmates came together and searched all over London to find the fixings for everyone’s favourite dishes was amazing. It truly was a great Thanksgiving feast and one that I will always remember.

Please share a little wisdom/philosophy that you acquired during your placement.
I learned so much about understanding different cultures. In my first 30 minutes of my internship I learned the importance of clearly communicating and not making assumptions. As I started my first day in my first real job, my manager spent some time with me helping me get organized. She started by having me set up folders on my computer and told me I should title one “ZedUR.” I struggled to understand her and asked her THREE times to repeat herself before finally typing “ZEDUR.” It was a few hours later that I discovered she wanted me to title a folder “ZUR” as an abbreviation for Zurich! Needless to say, I felt that I failed my first impression with my manager. However, I learned the valuable lesson of always asking clarifying questions.

If you could change anything about your year in London, what would it be?
Being in London and Bangkok during the beginning of the financial crisis was a formative learning experience in my career and I feel that the Mountbatten Program gave me a front row seat to learn a lot from those challenges. That said, if I could change one thing it would be to do the Mountbatten Program during a growing economic cycle and experience London during some economic boom times.

What happened after completing the year – what did you do next?
After my London year I continued to Bangkok to finish the MBA as part of the inaugural class. Following graduation, I moved to California. First to San Diego where I met and married my wife, Mary, and then we moved to San Francisco.

Where are you now in your working life and what do you do?
Following Mountbatten, I continued working in Financial Services, but in the Insurance sector, for several years before transitioning to Management Consulting. Now I work at Gartner Inc. working with c-suite executives on developing and executing strategies to grow and scale their departments. In other words, I develop team and/or process structures and changes that will allow a department to be more efficient.

Do you have any future plans that you would like to realize & what are they?
I love being challenged and I am constantly looking for new challenges both professionally and personally. I look forward to 2020 holding many more challenges for me that I can learn from including my second, and perhaps third, triathlons.

What would people be surprised to learn about you?
I credit Mountbatten with providing me the opportunity to learn to play polo. At UBS they had a large trove of community groups including a polo team. I reached out to the team manager and found out that UBS subsidized most of the cost to play polo for anyone who worked at UBS. This love of polo recently introduced me to another Mountbatten Alum, Will Ellis (Aug/2005), at a polo club here in San Francisco. He was rather shocked to learn that UBS would have paid for him to learn to play polo when he was a Mountbatten Intern too!