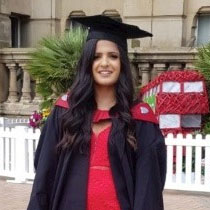 Devina’s year in NYC has taught her to be independent, to take every opportunity offered and that it pays to be persistent if you want to get on TV.

I knew that I wanted to experience something different

After visiting New York for my 21st, I knew it was somewhere that I would love to experience working. I’d always thought I would stay locally, however a small part of me had aspirations to work abroad and when I lost someone close to me, it changed my opinion on life and I started to consider different opportunities. I promised myself that I would grasp everything that came my way.

Before embarking on the Mountbatten Program I was working at a small IT firm in Birmingham, which I loved. I loved the people and the job was great but I knew that I wanted to experience something different, something exciting. I decided to find out some more about Mountbatten and contacted others who had done the Program, or were still on it even and they all recommended that I apply. I even became friends with someone that did the Program about five years ago and I spent the rest of the lead up to submitting my application pestering her about her whole experience.

It was my third interview, I was so nervous after being unsuccessful with other placements

In New York I am placed at HSBC Private Banking within the Business Management team. It’s already been seven months, time has flown and I’ve learnt so much!

I remember the call when I got placed with HSBC. I can picture it as if it was yesterday. I had the phone call from Mountbatten literally 30 minutes after I had the interview and I couldn’t believe it. It was my third interview, I was so nervous after being unsuccessful with other placements but I knew that everything happened for a reason. My colleagues were staring at me and I just burst into tears, it’s such a relief when you’re placed. The feeling is incredible, it’s so surreal knowing that you are going to get work experience in one of the best cities in the world, as cliche as it sounds.

So far, in my placement, I have been able to expand my network, learn different skills and better my time management. I’ve been exposed to many different projects, so almost everyday I have to manage my time effectively, which over these last few months has gotten easier and easier. As the year has progressed and I have been able to prove myself, I have had access to more and more experience, which has been crucial for my development and I have discovered that despite senior management being incredibly busy, they’ll always have time for you. They want to help you grow and they’re the biggest tool to help you network, so utilize them and learn from them.

I’ve never stepped out of my comfort zone before

I’ve learnt so much about myself in the last seven months alone.

As soon as you get here, you’re definitely thrown in the deep end. You’re in a completely different country, all by yourself, with people you’ve never met before and that itself is a challenge. I’ve found that being social and networking in New York is a common trait for everybody and its normal to do that, so I’ve been embracing that as much as possible.

I’m an only child too, so sharing a room with someone was unknown territory for me and I was uncertain. However, I promise you do get used to it. I remember taking a trip back home and thinking how quiet it was without having someone in my room. Also, although you share a room with someone, there’s so much to experience in New York that sometimes you’ll hardly see them or your flatmates.

I think the hardest challenge for me though was leaving my family and friends. However, being on Mountbatten has taught me to be more independent. I went to university 30 minutes away from my house and I’ve never stepped out of my comfort zone before, so moving to New York for a year was a huge step for me. It has taught me that I am able to do anything I set my mind to and no matter how far away I am from friends and family, they’ll always be there for me.

It’s not all spreadsheets and data analysis

There is so much to do in your free time in New York, it’s not all spreadsheets and data analysis for me. There’s nothing better than after a busy week at your placement finding time to unwind at a rooftop, enjoy brunch with friends or networking with colleagues at happy hour.

Some of my recommendations for future Mountbatten’s are…

Who would have thought that living in the US would get me on TV?

New York is full of wow moments but one of my favourites has to be when the royal wedding happened and Mountbatten offered some of us to be featured on TV as part of the celebrations.

Due to the time difference we had to be at the venue at 5am, which meant waking up at 2am to get ready because we were supposed to dress as if we were attending the wedding at Windsor Castle. Basically none of us slept at all!

The weather was horrendous but the event was amazing and we were treated to unlimited food and drink as well as a screening of the nuptials. ITV were also going to live stream from the bar, on occasion. The first clip they aired was only of our backs. We all thought that was our only chance of being on TV, so we decided to drink, eat and actually watch the wedding instead.

A few hours later, ITV said they were going to take another clip of us, so we all rushed to be at the front. 20 minutes later and still nothing, so the crowd slowly disappeared. I took the opportunity to tell my friend Natasha that we should get in front of the camera and stay there. Mid-way through our conversation I could suddenly hear people shouting at the TV and when I turned around, there I was, on ITV!

I had so many messages from all my friends in the UK telling me they saw me on TV and they couldn’t believe it. Who would have thought that living in the US would get me on TV for the royal wedding in the UK. A totally unforgettable experience.

My #MountbattenLife has been the best year of my life so far – challenging but rewarding. There’s just so much to experience here!

My advice for those considering the Mountbatten Program?

Chat to others that have done the Program, save up so that you can really maximize your time in the US and embrace this experience wholeheartedly!

It was really easy for me to connect with alum or current Trainees by finding them via both LinkedIn and Instagram and it was so helpful to get a peers perspective of the experience. With so much to see and experience not just in New York, but America too any extra savings are also helpful.

And honestly this experience will be the best year of your life. It’s not just about living and training in the US, it’s about finding yourself and being independent. The world is your oyster, embrace it! 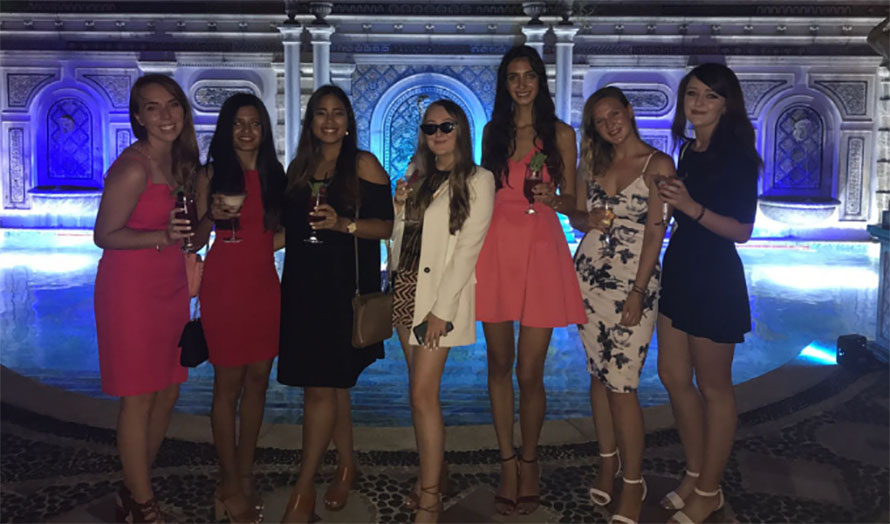