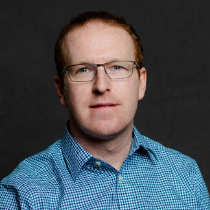 What and where did you study before your Mountbatten placement?
I studied Business Studies at Northumbria University in Newcastle. I was one of the last groups who could do Mountbatten as part of a university gap placement year.

What made you apply for the Mountbatten Program?
From the mid-90s I had always dreamed of living as a New Yorker. This was driven by a mixture of the iconic buildings, reputation of the city and most importantly an addiction to Seinfeld! I found the Mountbatten Program by chance and saw it as an opportunity to fulfill my dream. I moved from a terraced student house in Newcastle to the 25th floor of an apartment block in Newport and my world changed instantly. Mountbatten opened my eyes to different people, cultures and opportunities, whilst affording the infrastructure to help me settle.

Describe your host company and your role within it.
I was placed at a real estate management company called Buchbinder & Warren based out of Union Square. Working for my boss, Stuart, we managed 20 mixed use residential / commercial buildings based around the West Village and had to deal with everything from managing building works to dealing with highly strung tenants. The company took care of me like an extended part of their family and the placement pushed me well outside my comfort zone. It taught me how to deal with people from all walks of life and come up with ways to fix problems. Stuart was like a big brother to me and I still speak to him most weeks.

What was the most memorable moment of your working experience during this year?
I arrived in New York on September 10th 2001 without a care in the world, unprepared for the events that were about to unfold. September 11th was to become a day of huge historical significance, which will never be forgotten. As horrific as the events were, no one on my intake ever considered returning to the UK. We all played a part in our own way of helping to rebuild the city through our placements and commitment to be part of the city.

Credit to Michael Billett and the Mountbatten team who led us through those days. My highlight was being part of a city that gradually rebuilt whilst demonstrating a huge sense of national pride and resilience.

What was the social highlight/most memorable moment during this year?
Some of the friendships I made during Mountbatten were formed in the first days and remain unbreakable. We traveled every month to a different city for a trip including Vermont, Washington, Boston, Miami, San Francisco and Vegas. I remember a lot of carefree, fun times and road trips. I met people from different backgrounds with big ambitions which ultimately opened my eyes to moving to London after University.

In New York, I used to play football in Central Park most weekends in pick-up games and carried out my dream of living like a New Yorker.

Please share a little wisdom/philosophy that you acquired during your placement.
My boss Stuart had strong emotional intelligence and was great at dealing with people who had different personalities and backgrounds. He was brilliant at working people out and communicating with them in a way that worked well. I still use a lot of his approaches in my day-to-day life – in my last few jobs most of the challenges are around communicating and bringing people with you. No one is perfect though, when Stuart got stuck he used to refer to his Magic 8 Ball!

If you could change anything about your year in New York, what would it be?
I never focused enough on visiting some of the brilliant museums and exploring outside of Manhattan. One day, we were due to take part in a historical walk of Brooklyn Bridge and I ducked out with two friends to play pool! Looking back it was a bit silly and ironically I have seen more of the cultural side of New York since leaving. In fairness I did say earlier I wanted to live as a New Yorker not a tourist though.

What happened after completing the year – what did you do next?
I went straight back to the terraced student house in Newcastle I came from to finish my last year in University! It was a massive reverse culture shock and took me a while to settle. After University, my focus was on moving to London to reunite with Mountbatten friends who had started their careers. I was successful in getting on to the RSA Insurance grad scheme – their reason for employing me, my dissertation was on Business Crisis Response Teams during 9/11 for which RSA won an award.

I have worked in a variety of businesses including KPMG, Direct Line and the Financial Conduct Authority, which have given me broad experience. I have been lucky enough to work for some brilliant people who have helped shape me and taken me with them to different companies and better jobs in the process.

Where are you now in your working life and what do you do?
I work for a Wholesale Insurance broker based in the City. We work closely with Lloyd’s of London, which is the world’s leading insurance market providing services to clients in over 200 countries and territories. I run our Risk, Technology and Operations teams which is incredibly varied. My average day can jump from investing in new technology, liaising with the regulator, to client service issues, and days go by in a flash.

Do you have any future plans that you would like to realize & what are they?
From a work point of view I have grown steadily taking on increasing accountability. Once I get to another level and am settled I lift my head up again. I will keep doing this until I hit a point where the work life balance is too much. Long term I would like to do Non Exec jobs to help steer businesses in other industries.

Outside of work, my life is a whirlwind with two young boys in our family. I want to travel as much as possible with them and help make sure they have even more opportunities in life than I have had. One day I would hope my sons do Mountbatten.

What would people be surprised to learn about you?
I have recommended Mountbatten to so many people over the years and will continue to do so. It opens your eyes to another world and you have a lot of fun in the process. If anyone is interested about Mountbatten or getting a start in Insurance I would always happily grab coffee to discuss.