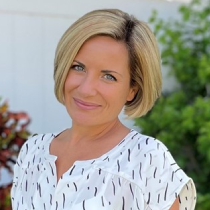 What and where did you study before your Mountbatten internship?
I studied Creative Writing & English at The University of Wales, Aberystwyth

What made you apply for the Mountbatten Program?
My mother took me to NYC for my 21st birthday and during that trip, my mind was completely blown. I decided then and there that I needed to return to the city for more than just a vacation. I applied to the program a few weeks after touching down in the UK and ended up taking a one-way flight to JFK with a single yellow suitcase six months later.

Describe your sponsor company and your role within it.
I hit the jackpot with my sponsor company – a vibrant and trendy post-production house on Madison Avenue called MadHouse NYC. I was perfectly suited for my client services role. The work varied from editing pharmaceutical commercials and TV network promotions to creating animations and visual or sound effects and recoding voiceovers (in fact, I served as a voiceover stand-in on several occasions). My role allowed me the opportunity to sit in on all sorts of meetings and recording sessions, so I learned a great deal about the industry very quickly. Part of my responsibilities involved organizing events and I often threw parties for our clients on the company’s roof deck which had a breathtaking view of the Empire State Building.

What was the highlight/most memorable moment of your working experience during this year?
I was infatuated with NYC and applied to Mountbatten because I wanted to live and work there, but ultimately it was the people who made it one of the greatest years of my life. The strength of the bonds that developed between interns during that year was like nothing else, but also the bonds that developed in the workplace were the most significant and meaningful I’ve ever experienced. Perhaps that’s because people tend to make more of an effort with interns from overseas and far from their families? Regardless, my colleagues were the greatest part of my working life. They quickly felt like family and I miss them to this day.

What was the social highlight/most memorable moment during this year?
Traveling with new friends to the Bahamas, DC, Boston or Miami on long weekends was definitely a highlight, but my most memorable moments would have to be the nights we spent at Café Wha? in Greenwich Village. Café Wha? is an underground club with a very talented house cover band where Jimi Hendrix, Bob Dylan and Bruce Springsteen started out. I’d go so far as to say it’s a New York City institution and of course, very popular with Mountbatten Interns. Being a huge fan of live music, I might have set records for the number of times I went to Café Wha? during my internship. The atmosphere was (and still is) like nothing else.

Please share a little wisdom/philosophy that you acquired during your internship
Don’t be afraid of change. Experiencing new continents, cultures, people and even foods makes you more well-rounded and ultimately helps you get to know yourself better. Spending time with diverse groups of people also helps you think more broadly and see the world from a different perspective. I have found that generally, fear in life is often simply a fear of the unknown, so get to know whatever it is you’re afraid of!

What happened after completing the year- what did you do next?
I was lucky enough to be offered a permanent job as a producer so got to return to The States gaining experience managing, editing and animation projects from start to finish with some of the world’s largest ad agencies. I lived with a colleague in Hoboken, NJ, for a few months until I found a more permanent apartment in Sunnyside, Queens. After several years in NY, I moved to South Florida and took a job as an account executive at an ad agency with healthcare and lifestyle clients. I then transitioned to the corporate side of healthcare, serving in various leadership positions at one of the nation’s largest public health systems before joining a national oncology network where I led media relations and communications.

Where are you now in your working life and what do you do?
While I’m still living in South Florida, the virtual shift as a result of the pandemic allowed me to recently join Goodfuse, an award-winning communications agency based in NYC, so in some ways I feel like I’ve come full circle. As Vice President, I serve pharmaceutical and healthcare clients and I’ll be traveling for regular meetings in the City or wherever our clients are located. During my previous corporate healthcare role at a national oncology network is where my relationship with Goodfuse began, and where together we launched an award-winning thought leadership campaign. I joined Goodfuse to work more closely with the team and for the opportunity to guide clients through challenging communications territories.

Do you have any future plans that you would like to realise & what are they (career & social)?
Despite creating communications plans for a living, I’ve honestly never been much of a planner when it comes to my own personal or professional life. Every life or career transition I’ve made has happened quite organically (or at least it’s felt that way). I let my instincts guide me and see where they lead. As long as the people are good and my gut feels right, I believe the rest will always fall into place.

What would people be surprised to learn about you?
I come from a small fishing village in South Wales called Mumbles – quite possibly the antithesis of NYC! People are often surprised to learn that I grew up in Mumbles living next to a Norman stone castle, and that I studied the Welsh language to degree level. Being from Wales – the land of song – I also have a deep love and appreciation for poetry.

Is there any other information that you would like to be included?
My husband Peter and I have two young children, a son Ellis (4) and daughter Dylan (2). I hope that when the time comes, they will have a similar opportunity to work and live in a foreign city. So much of my life I owe to those twelve incredible months in the Mountbatten Program. Naturally, I want the same for my own children. Regardless of what career path they choose, I know it will benefit them in countless ways.