ANNOUNCEMENT TO THE MOUNTBATTEN COMMUNITY 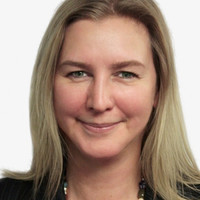 It is with enormous pleasure that I announce that Jo Harvey was awarded an MBE (Member of the Order of the British Empire) in the Queen’s Birthday Honours list this weekend. An MBE is awarded by the Queen in recognition of outstanding achievement or service to the community which has had a long-term, significant impact.   We are extremely proud of Jo in receiving this award. The citation for Jo’s award reads:

For 27 years, Jo has worked with Mountbatten in a variety of roles, but as Global Director, Corporate and Alumni Relations she has had a profound impact on the development and success of Mountbatten, particularly through the selection and assignment of interns and trainees to the many placements available from our corporate host organizations in New York.  Her accomplishment reflects the mission of Mountbatten which is to provide international opportunities in business education, and personal and career development to recent graduates and young professionals.

As we slowly emerge from the impact of a global pandemic it is through the dedication and sacrifice of Jo Harvey, Michelle Kemp and Non Apiwatchart in New York, Tim Ellis, Linda Lowy, Neil Coade and Vicki McCordall in London, and Tammy Gibbons who manages our finances in Texarkana, that we now look forward to hopefully welcoming back trainees and interns to both London and New York later this year (anticipating a lifting of the US/UK travel ban).

Jo’s honour from the Queen truly reflects on everyone’s commitment to the Mountbatten Program and is a beautiful ray of light illuminating the new dawn that is before us.